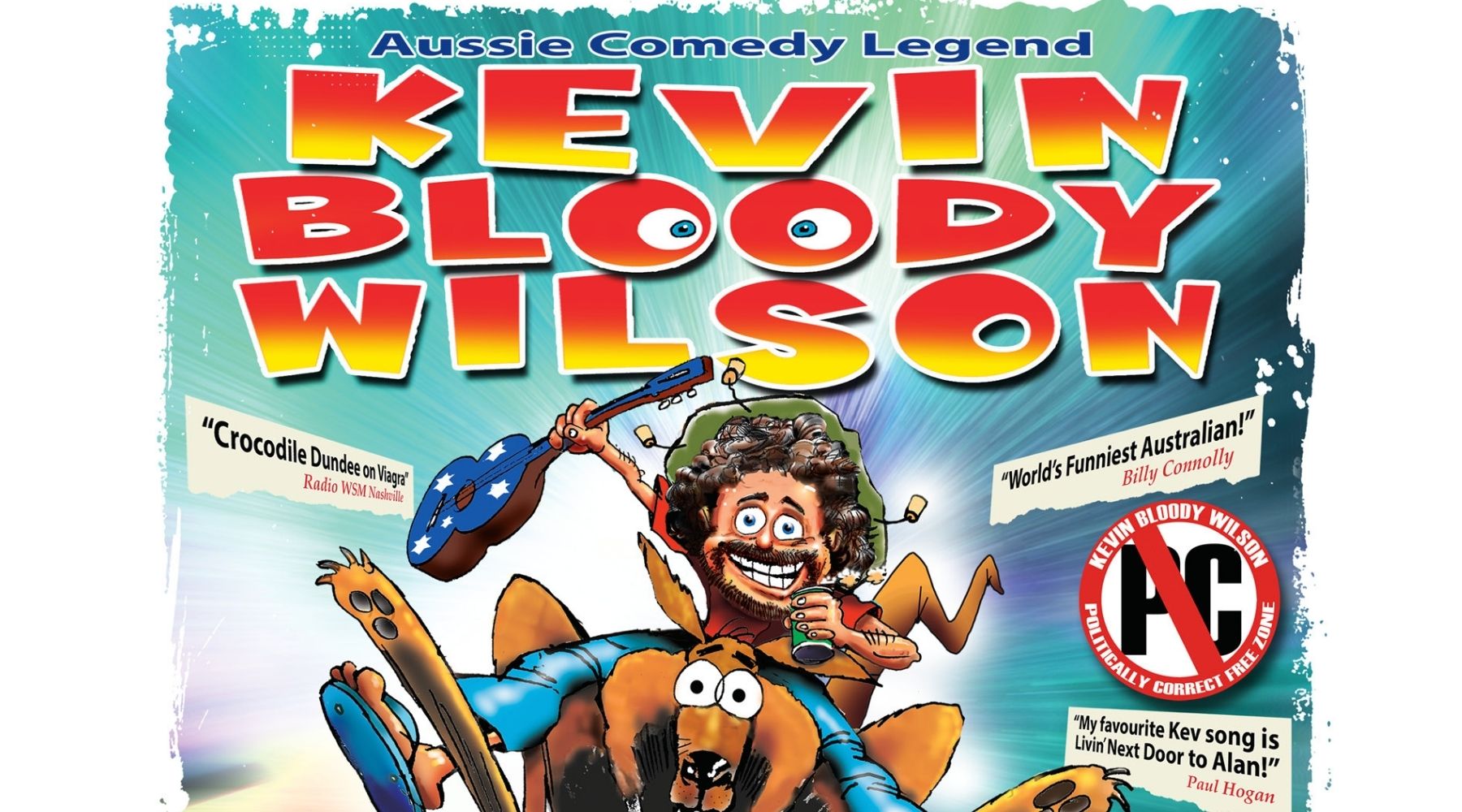 There are few international comedians today who shoot down political correctness with such comedic pin point accuracy as Australia’s Kevin Bloody Wilson.

While todays Age Of Outrage has his contemporaries ducking for cover over anything slightly controversial, Kev crushes PC eggshells with the grace and diplomacy of a wounded buffalo. Kev’s famous DILLIGAF* approach to PC is a breath of fresh air, direct, clever and outrageously funny. He doesn’t mince words and he doesn’t rely on subtlety to get his point across. In his new show FUPC, Kev tackles political correctness head on. His BS filters and brilliant comedic mind enables him say it as he sees it in a way we wish we all could. His directness totally embodies the spirit of Australian humour.

In recent times, Kevin Bloody Wilson has become a sought after social commentator and the media’s ‘go to guy’ for his comical, yet common sense take on political correctness. After a recent appearance on Australia’s 60 minutes programme, host Charles Wooley commented, “If political correctness was a disease, Kevin Bloody Wilson would be the cure”.

Join our VIP Membership Scheme and get exclusive, members-only access to money-can't-buy experiences; personal emails for forthcoming events; avoid booking fees; drinks on arrival and even get your name on a plaque on your seat!