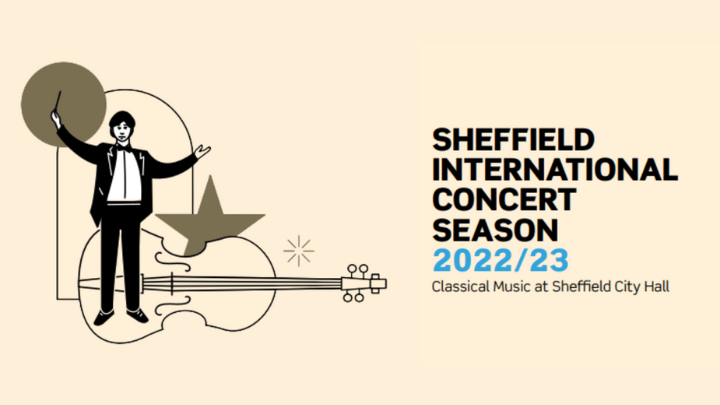 Sheffield City Hall is delighted to present its 2022/23 International Concert Season. From September 2022 to June 2023, the city will welcome a world-class selection of British and international orchestras and artists who will perform thirteen wonderful concerts. The first full concert season for three years, this is an exciting time to welcome back audiences and celebrate the richness and passion of orchestral music in the heart of the city of Sheffield.

The season begins and ends with Sheffield’s resident orchestra, the Hallé, who performs six concerts. The first concert, on 23 September, features Tchaikovsky’s Sixth Symphony conducted by Hallé Assistant Conductor, Delyana Lazarova. The season concludes on 18 June with a performance of Verdi’s Requiem complete with Sheffield Philharmonic Chorus, Leeds Festival Chorus and an all-star line-up of exceptional soloists. Other Hallé highlights include a performance by one of the most sought-after violinists of her generation, Nicola Benedetti, who joins forces with Sir Mark Elder on 13 January to perform the Second Violin Concerto of Karol Szymanowski. On 17 March, the Hallé, under the baton of Stephen Bell, performs ‘Glories of Rome’, a concert of popular Italian music as part of Sheffield’s Classical Weekend Festival. The Hallé also performs Rimsky-Korsakov’s characterful Scheherazade on 5 November conducted by Kerem Hasan and Christian Reif conducts Stravinsky’s The Rite of Spring on 21 April.

Sheffield welcomes three fantastic international orchestras who will all be making their first ever visits to Sheffield in the 2022/23 season. Under the baton of its Principal Conductor Sergey Smbatyan, Malta Philharmonic Orchestra performs Tchaikovsky’s Swan Lake Suite and Prokofiev’s First Violin Concerto performed by superstar Israeli violinist Maxim Vengerov, who is universally hailed as one of the world’s finest musicians. Sergey Smbatyan returns to conduct the Armenian State Symphony Orchestra in Mendelssohn’s Violin Concerto with soloist Chloë Hanslip and Tchaikovsky’s Fourth Symphony. Olari Elts conducts the Estonian National Symphony Orchestra with a programme including Sibelius’s Fifth Symphony and Rachmaninov’s Third Piano Concerto performed by Freddy Kempf.

Three brilliant returning British orchestras include English Chamber Orchestra with conductor Joseph Wolfe on 21 October in a delightful programme featuring Barber’s Adagio for Strings and Wagner’s Siegfried Idyll. On 4 February, Gábor Takács-Nagy conducts Manchester Camerata in a concert including the UK Premiere of Pulitzer Prize-winning Caroline Shaw’s Music in Common Time with Sheffield Philharmonic Chorus. The Royal Liverpool Philharmonic Orchestra return on 3 June under the direction of Jonathan Bloxham with a charming programme which ends with Beethoven’s tuneful Seventh Symphony.

On 17 December, the Black Dyke Band and Sheffield Philharmonic Chorus are back with a Christmas celebration of carols for choir and seasonal sing-alongs presented by BBC Radio 3’s Tom Redmond and conducted by Darius Battiwalla and Nicholas Childs.

BBC Broadcaster Trisha Cooper will host an informal pre-concert talk before most concerts in which she chats to the conductor, soloists and other guests about their performance, passions and life as a musician.

"We are thrilled to launch a full season in Sheffield once again after two turbulent years. Alongside the Hallé, we welcome some magnificent British and international orchestras, as well as a selection of outstanding conductors and soloists. I think the 2022/23 International Concert Season will be really exciting and I can’t wait to see audiences filling the hall again to enjoy world-class orchestral music in Sheffield."

The 2022/23 Sheffield International Concert Season is on sale now.