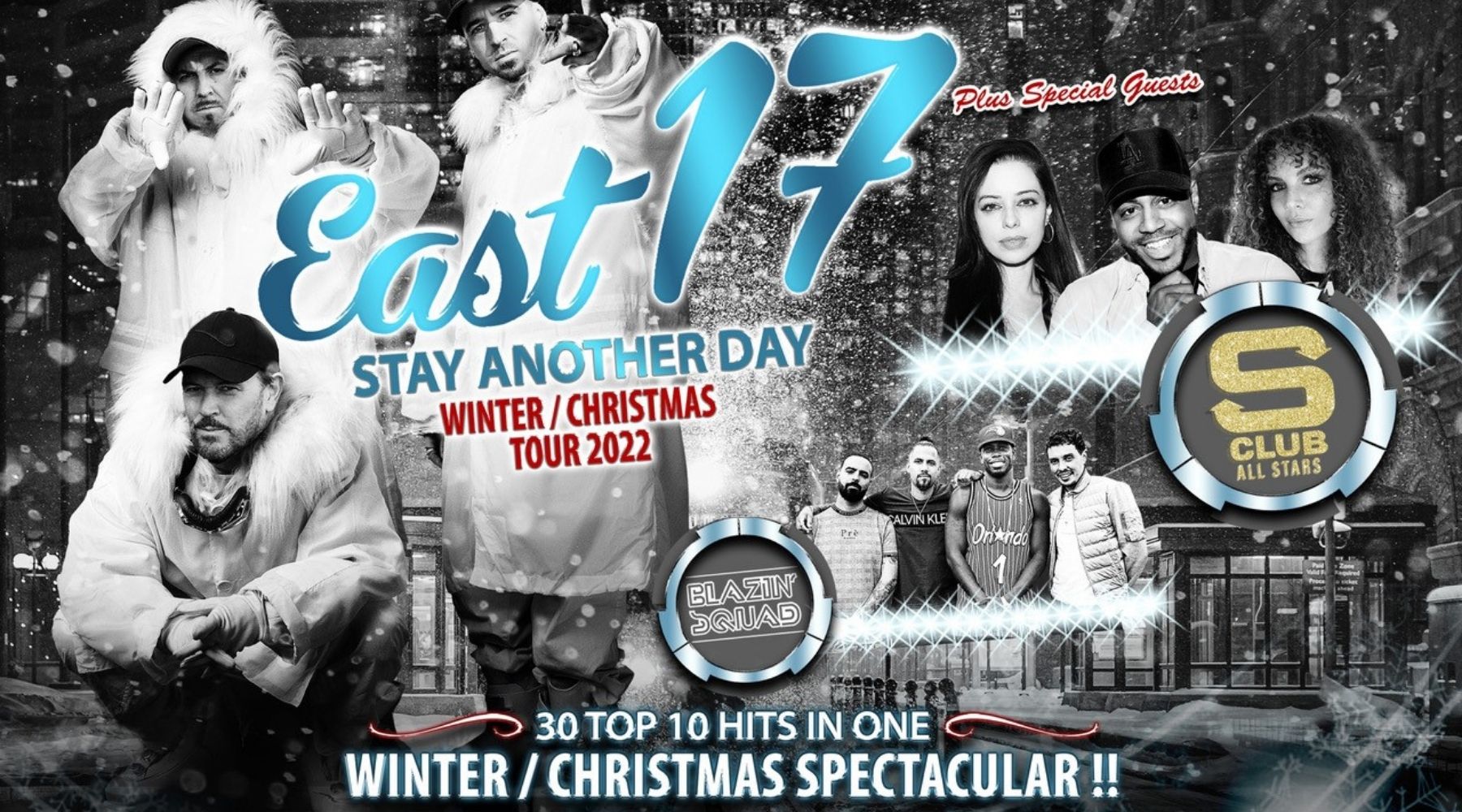 The now legendary EAST 17 embark on their first ever National theatre Tour which promises to be the Christmas must see show at Sheffield City Hall on 07 December 2022. Tickets are available now!

Achievements include 18 top 20 singles and 4 top 10 albums with worldwide record sales in excess of 18 Million Units. They are one of the most influential acts of their generation, mixing up hip hop, RnB and pop into their own style.

With Special Guests S CLUB ALL STARS Featuring Bradley and Tina from S CLUB and Stacey from S CLUB JUNIORS, 15 TOP ten hits and 4 No 1s all in one night.

Plus BLAZIN SQUAD ‘See you at the Crossroads’ plus 7 top 10 singles and 2 gold selling albums still featuring Marcel whose recent reality tv appearances have kept the band in the public eye.