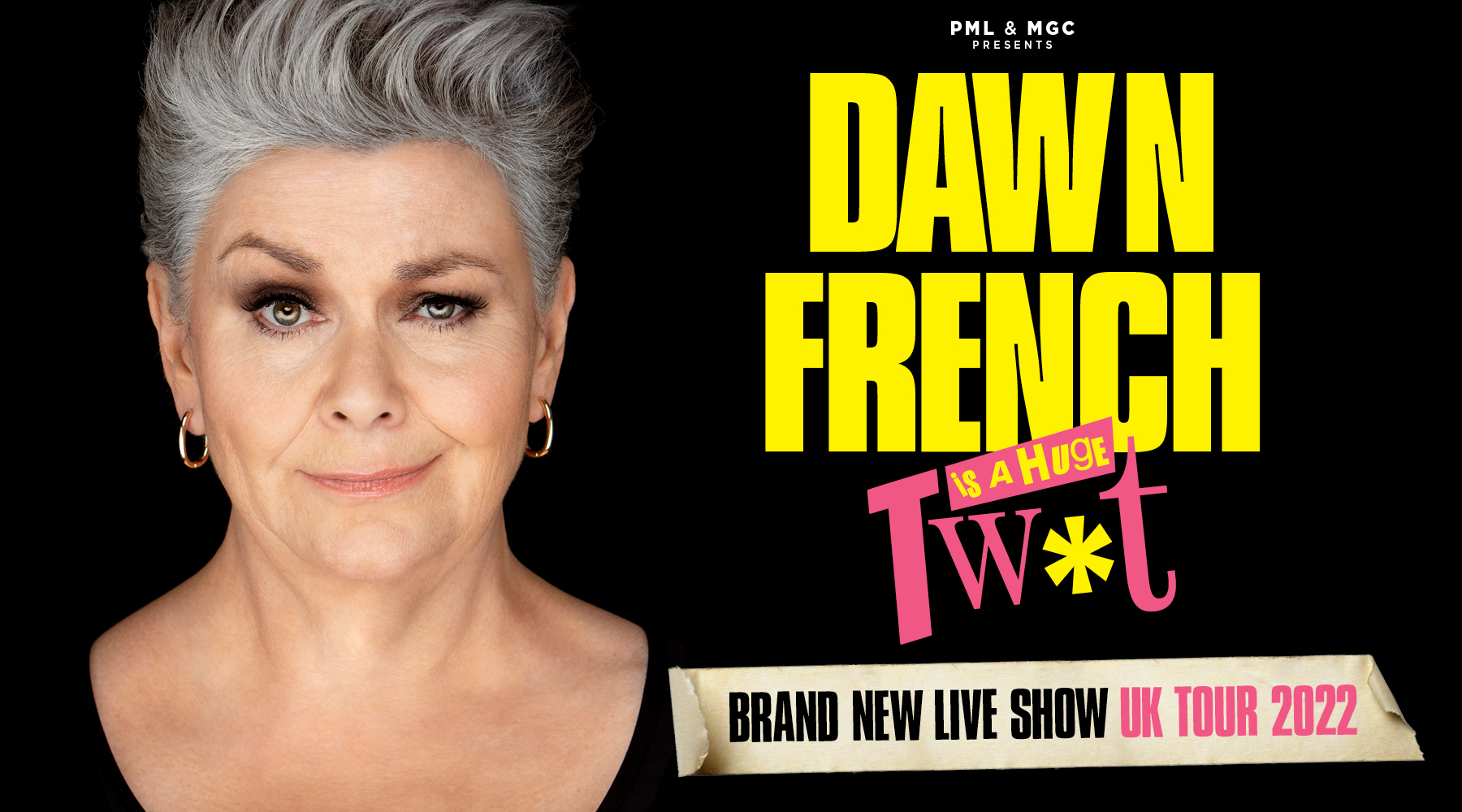 Dawn French, the Queen of British comedy, returns to the stage this autumn with a brand-new solo show, ‘Dawn French Is A Huge Twat’.  Dawn will tour the UK from 15 September, arriving at Sheffield City Hall on 22 September 2022 and continuing onto perform 19 shows across the country until 16 October. Tickets are on general sale now via Sheffield City Hall website.

The award-winning actor, best-selling novelist and all-round very funny lady is here to tell us more:

"This show is so named because unfortunately, it’s horribly accurate. There have been far too many times I have made stupid mistakes or misunderstood something vital or jumped the gun in a spectacular display of twattery. I thought I might tell some of these buttock clenching embarrassing stories to give the audience a peek behind the scenes of my work life…

Roll up!  Book early to see the telly vicar lady be a total twat on stage, live in front of your very eyes. And ears.”

‘Dawn French Is A Huge Twat’ is written by Dawn French.  The show is produced by PML & MGC and directed by Michael Grandage.  Set and Costume Design by Lez Brotherston.