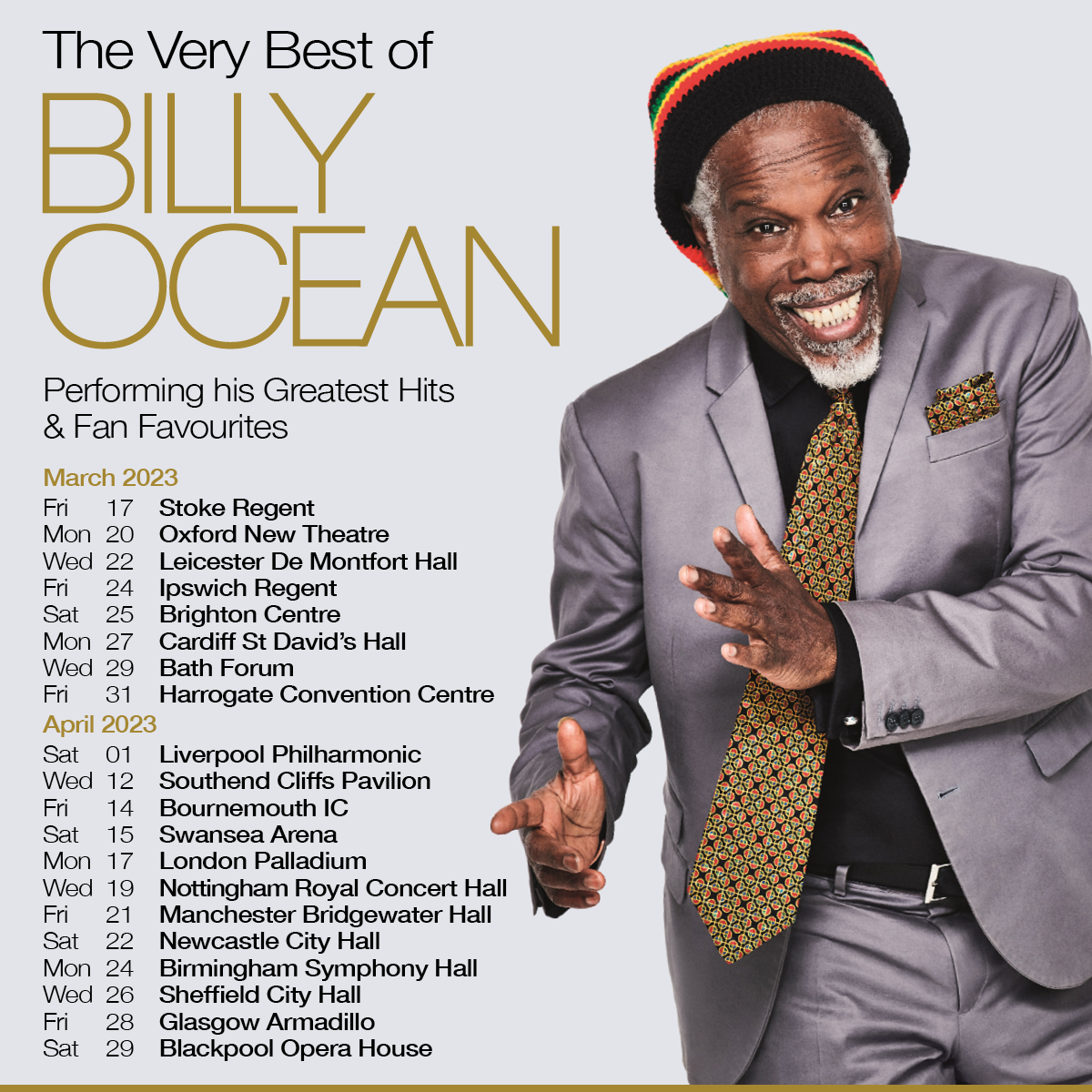 Billy Ocean has spent more of his life onstage than anywhere else. Next year Billy returns to his natural environment with a string of headline shows throughout the UK, arriving at Sheffield City Hall on 26 April 2023, with a set hand-packed with greatest hits and crowd favourites. Tickets will be available via presale on 24 March 2022 at 10am and released on general sale 25 March 2022 at 10am.

Billy Ocean is Britain's biggest black recording star, with worldwide record sales of over thirty million and six top ten singles on both sides of the Atlantic. He also holds a Grammy award for best male R&B Vocal Performance, the Ivor Novello Award for International Achievement, and in 2020 was awarded an MBE for services to music.

Tickets go on general sale 25 March at 10am.