This is a rescheduled date from Thursday 17 February 2022. All original tickets are valid for this new date. 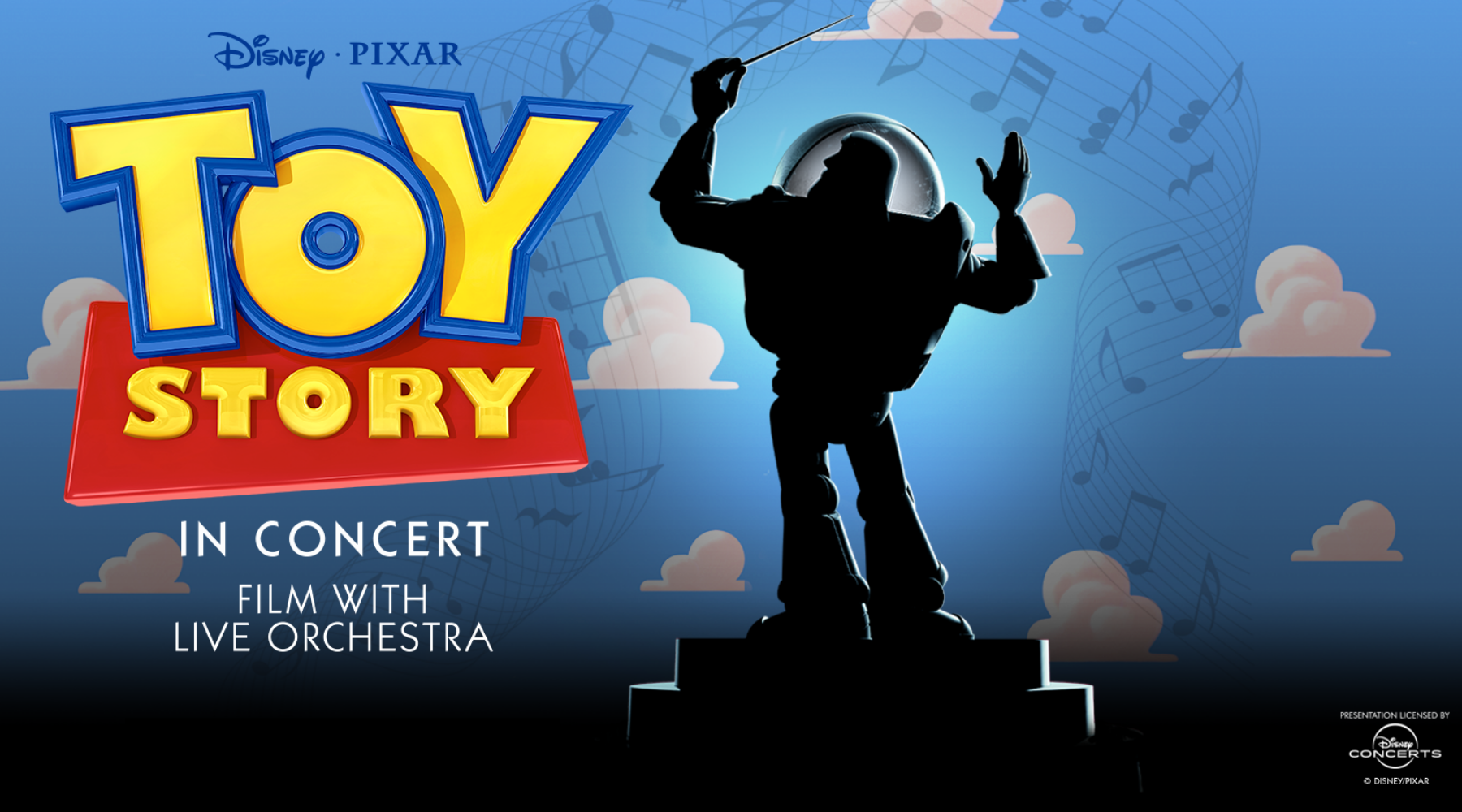 Disney and Pixar’s “Toy Story” will be presented live in concert for the first time in the UK in 2022 with a nationwide tour that sees them performing at the Sheffield City Hall on Tuesday 5 April 2022, rescheduled from Thursday 17 February 2022 – all tickets for the original date remain valid.

Toy Story in Concert will feature a screening of the groundbreaking complete film with Oscar® and Grammy®-winning composer Randy Newman’s musical score performed live to the film.

The Toy Story films are beloved worldwide for their compelling characters, extraordinary storytelling, stunning visuals and the music of Randy Newman. The composer and songwriter is behind signature songs including You’ve Got a Friend in Me, Strange Things and I Will Go Sailing No More.

Ever wonder what toys do when people aren't around? “Toy Story” answers that question with a fantastic fun-filled journey, viewed mostly through the eyes of two rival toys – Woody, the lanky, likable cowboy, and Buzz Lightyear, the fearless space ranger. Led by Woody, Andy's toys live happily in his room until Andy's birthday brings Buzz Lightyear onto the scene. Afraid of losing his place in Andy's heart, Woody plots against Buzz.

But when circumstances separate Buzz and Woody from their owner, the comically-mismatched duo eventually learn to put aside their differences, and they find themselves on a hilarious adventure-filled mission where the only way they can survive is to form an uneasy alliance.

Toy Story in Concert will feature a screening of the groundbreaking complete film with Oscar® and Grammy®-winning composer Randy Newman’s musical score performed live to the film
by the Novello Orchestra, conducted by David Mahoney.

Age Restrictions:  Under 14’s to be accompanied by an adult aged 18 or over

Join our VIP Membership Scheme and get exclusive, members-only access to money-can't-buy experiences; personal emails for forthcoming events; avoid booking fees; drinks on arrival and even get your name on a plaque on your seat!