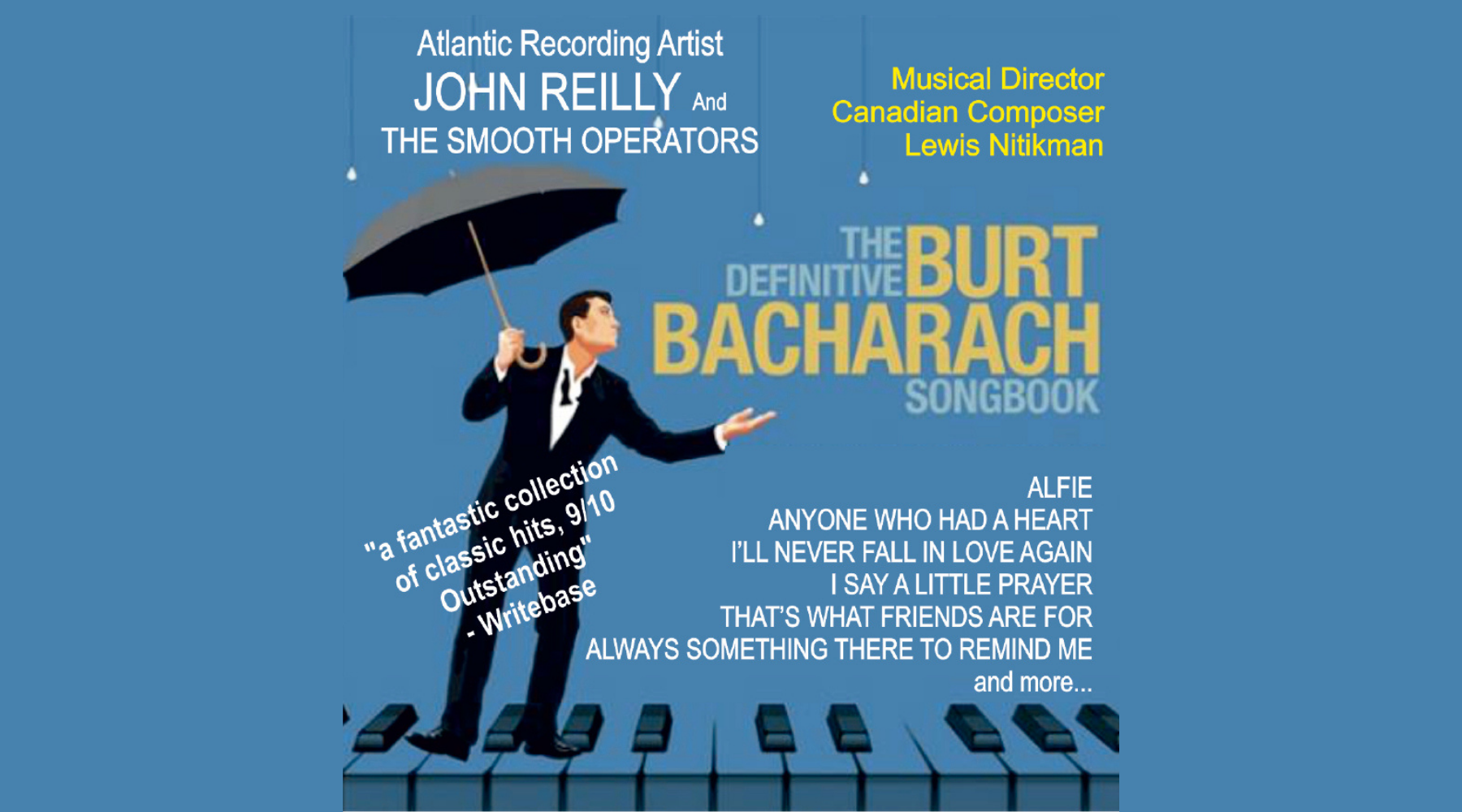 £27.25 (inc. service/booking fee. Your purchase may be subject to handling and fulfilment fee.)

Following hugely successful concerts both in Sheffield and Liverpool, including re-opening this venue with a sold out show last September, Britain’s finest song writers and session musicians are happy to be back, performing their ‘Definitive Burt Bacharach’ show in the Ballroom in Sheffield’s magnificent City Hall.

It’s a sophisticated master class in melody, honouring Burt Bacharach, writer of one of America’s greatest songbooks for artistes such as Dionne Warwick, Cilla Black, Dusty Springfield, Aretha Franklin, Elvis Presley, Gene Pitney, The Carpenters and so many more.

Atlantic recording artist John Reilly fronts this concert with his spiritual and soulful vocals and with hand-picked world class session players who usually back artists such as Paul Carrack and Take That. Female vocals are elegantly performed by Miss Rachel Raynor and the Musical Director overseeing this dazzling non-stop parade of classic songs is Canadian pianist and composer Lewis Nitikman.