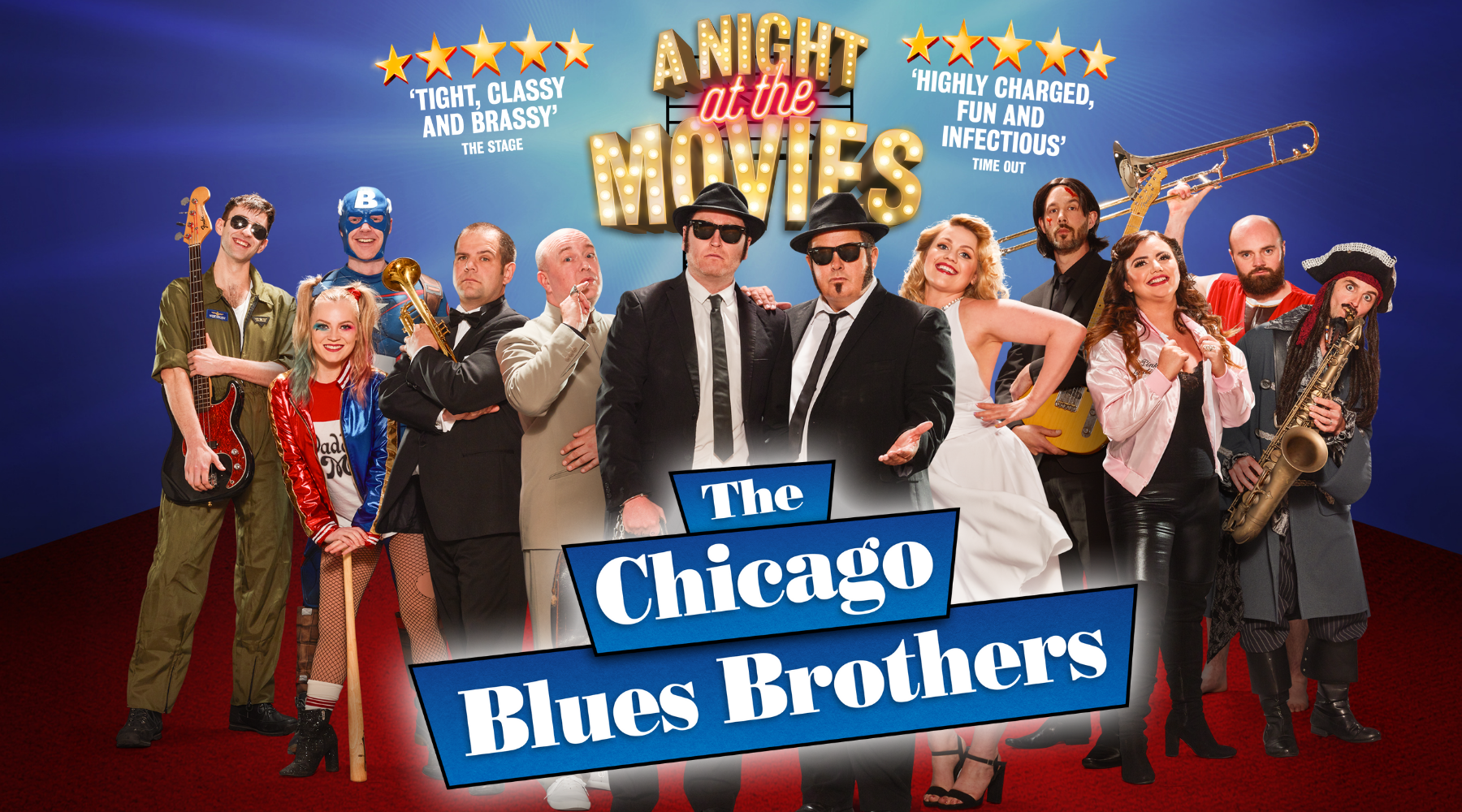 Direct from London’s west end, join the Chicago Blues Brothers and their 9 piece band, for a brand new 2-hour all singing, all dancing hit parade bringing you the greatest movie anthems of all time, performed live in concert.

Featuring the greatest hits from both Blues Brothers Movies with some of the greatest movie tracks of all time. Classic soundtrack anthems from Footloose, Back to the future, The rocky horror picture show with a few surprises and plenty of lunacy thrown in.

Staying true to the legacy and style of Jake and Elwood, performed in the crazy, upbeat and hard hitting style that has made The Chicago Blues Brothers one of the most successful theatre shows touring the globe.

Dig out those trilby’s and shades and polish your dancing shoes because we are bringing the party to you in this 2 hour spectacular of non–stop music and laugher. You’ll dance, you’ll sing, you’ll have the time of your life.

The event scheduled for this weekend has been rescheduled to Saturday 12 February 2022 - previously rescheduled show dates from March 2020, January & August 2021.

All tickets remain valid for this new date. Many thanks, SCH